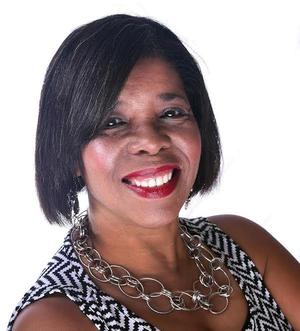 Carolyn Agnew is one of the strongest performers in the St. Louis stand up community.  She’s a former winner of the annual Hey Guys! Comedy competition, and a regular on many of the locally produced shows.

Carolyn has been pursuing it as a career since 2008 and her comedy influences are Carol Burnett,  Whoopie Goldberg and a guy named (Rod Echols – he talked me into going up at an open mic.)

She has had many good experiences on stage. One of the best was at a hole in the wall club in Shepard, Texas. After the show, a woman came to me and the other performer and handed us roses.  She had just lost her son in a freak accident less than a month prior. She told us that she didn’t think she would make it through the pain but, we made her laugh. For that small amount of time she forgot about the pain, and because of that laughter, she knew she would make it! I still have that rose pressed in my bible.

The comedy scene in St. Louis has a lot of satellite rooms for comedy. You don’t have to just rely on the comedy clubs for stage time. Plus it’s not as toxic as it was in another city I lived in. Some comedians here actually want to see others do well and support one another.