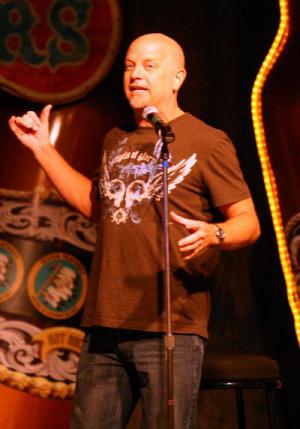 Direct from his own show in Las Vegas!

The LVRJ lists Barnhart’s show as one of their “Best Bets”, The NY Times calls him, “Hilarious”, The LA Times says, “One of the best” and Howard Stern said, “This guy’s funny!”

You may not know Don Barnhart by name but you’ll recognize his face as you’ve seen him on TV and film as well as headlining the top comedy clubs in Las Vegas for years.  He is also a favorite at the top comedy clubs across the country and cruise ships around the world.

Don combines well written, topical material and delivers it with a fast paced, high energy and animated improvisational flair that keeps audiences of all ages howling with laughter and coming back for more.  Audiences say, “Barnhart has the wit and insight of George Carlin with the energy, delivery and characters of Robin Williams making Don funny on so many different levels".

Don has been seen on almost every major comedy show and was hand picked for The Ice House's 50th Anniversary All Star TV Special.  He's been seen on MTV, Star Search, Evening At The Improv and has been featured on ABC, CBS, FOX and NBC.  Don can be heard regularly on The Bob and Tom Show and XM/Sirius Satellite Radio.