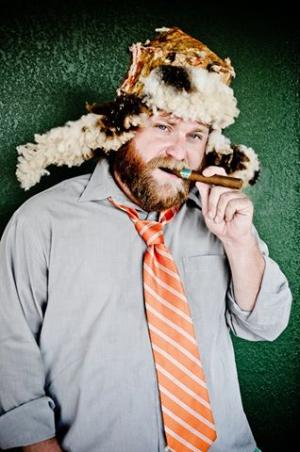 The Glasgow, Scotland native arrived in the United States on a mission.

From the minute he stepped onto the comedy scene he has been making waves. From Appearances on The Comedy Network's; "The Great Canadian Laugh Off" and "The Montreal Comedy Festival" to The CWB's "The Daily Buzz" and NBC's "Night Shift" and"New Day". Critically acclaimed as "Funny As Hell" -Good Times Magazine, Long Island, NY & "This is what live stand up is supposed to be" – Weird Magazine, Austin, TX.

Luke is one of the hardest working comics in the industry. In 2011 Luke was voted break out artist of the year by the Los Angeles Comedy Awards, and won BEST Actor for his role in "Vicky and Sam" at the London Film Festival. You can hear Luke's unique brand of humor on one of his three Albums- "I'll be Nicer When You Are Smarter", "If My Jokes Dont Kill Them Im Sure This Gun Will Help", and "Head Full of Tales" or on Bob and Tom and XM radio station RAWDOG on heavy rotation. To add to this , Luke plays over 15 instruments, and has one of the best crowd interaction shows in the history of live stand up comedy.